The Clinic is open to all registered footballers aged between 5 year to 14 year in the Hunter. Improve your football skills, make new friends! If you have any inquiries, please contact the Club Secretary Con on 0423221352.
All details and an application form, plus all contact inquiries can be found on this link.

Newcastle Olympic FC would like to take the opportunity to wish everyone a Merry Christmas and a Safe New Year.

Details on registrations and fees will be sent out in early January including instructions on how to claim the active kids voucher.

Enjoy your break and we look forward to a successful 2020 season.

Newcastle Olympic have teamed up with Ultra Football and Sports Clique for 2020.

Ultra Football have created a Club Zone page which allows Olympic Players, Parents and Supporters to sign up and become members.

On this page you can purchase NOFC clothing, Playing Strips, Polo Shirts, a range of Jackets and Hoodies, Training Pants and Base Layers.

You can also checkout the Ultra Football website which has the most extensive range of football boots and lifestyle products in Australia.

Every purchase attracts individual rewards points and savings, as well as supporting the club with training equipment for our players with every single dollar spent by our club members.

Please ensure when purchasing any boots or sporting goods that ultra football and Newcastle Olympic is your first thought.

Just remember to be logged into the Olympic page to receive your discount and rewards.

NNSWF Football Operations Manager Liam Bentley predicts some highlights for players, coaches and fans to look forward to in the New Year.

“The season looks to start with some cracking games with Grand Final rematches kicking off  all three leagues,” said Bentley.

“NPL Champions Edgeworth will host Premiers Maitland FC at Jack McLaughlin Oval, Cooks Hills will be out for revenge against Belswans in NL1 and Merewether United out to prove a point against last year’s double-winners New Lambton in WPL.

“We also hope to replicate the drama of last year’s final matchday with all Final Rounds in respective leagues being played being played simultaneously.”

All three competitions will experience a revamped finals series which will increase the importance of every match.

Again, NNSWF is pleased to partner with Bar TV to stream all NPL NNSW first and reserve grade matches alongside selected matches of  Herald WPL.

”By coupling Friday Night and Saturday matches in 2020 we aim to bring our top level football to more spectators in 2020,” concluded Bentley.

All Premier Competition’s draws for 2020 can be found HERE

Newcastle Olympic FC will enter the Herald Women’s Premier League (WPL) for the first time in history for 2020, as Northern NSW Football (NNSWF) announces that Wallsend FC’s Herald WPL teams will join the club from today.

The move will see Newcastle Olympic entering teams into all four (4) Herald WPL grades which will include key personnel from Wallsend also joining the club to manage the program.

The arrangement will assist the 2019 NPL Club of the Year to continue its strong NPL program as well as increase the standards required of the Herald WPL competition in 2020 as the League aims to transition into Women’s NPL in 2021.

Newcastle Olympic FC President George Sofianos is beyond excited for the club to be involved in the women’s space and is looking forward to the value it will bring to the club.

“Women’s football is a tremendous growth sport and we felt we needed to be part of this,” Sofianos said.

“Having a women’s program, in conjunction with our successful men’s program, it will add tremendous value to our club and we look forward to being a part of the Herald Women’s Premier League” he concluded.

With access to adequate facilities being a challenge for the women’s program previously, the players and coaches will now have further access to an NPL level venue, assisting NNSWF to ensure the long-term viability of the league.

Club Captain, Sophie Phillips, is equally as excited to become being a part of Newcastle Olympic FC.

“The support we’ve received has been fantastic and we have already been made to feel very welcome,”

“We hope to bring a lot of success to Olympic in the Women’s Premier League.” confirmed Phillips.

NNSWF is aware of the challenge of resources in terms of volunteers, accredited coaches and access to adequate facilities for Women’s Premier League Clubs and believe the arrangement between the two clubs will enable better access and NPL expertise to help players and coaches involved in the women’s game to take the next step towards entering the National Premier League Women’s (NPLW) in 2021.

Newcastle Olympic FC is not the only NPL NNSW Club to have a Herald WPL team join their ranks ready for season 2020, with South Wallsend JFC having joined Broadmeadow Magic in October. 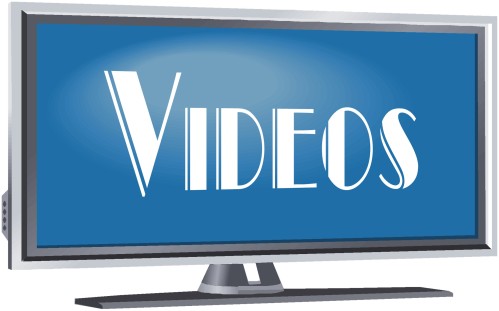 Fans can visit this channel by clicking the above VIDEOS image!

Here there are numerous games from 2019 as well as other interesting videos that explain the history of the club.

The reason behind the creation of this channel is for fans to be able to view every game covered by BAR TV in 2020 at any time of day, wherever they may be!

It will also be the home of any video content Olympic coaching staff require players to view.

Fans can subscribe to the Newcastle Olympic Video channel and will get an update of every new video that is available on the channel.

Pictorial Reflection of Hamilton Olympic in 2019

The year 2019 is a landmark in the history of Olympic!  It marks the last season of the club as Hamilton Olympic!

Here is a pictorial reflection of the 2019 season.

We experienced a successful season winning the following:

Community:
🏆 🏆 Over 35A Premiership and Grand Final Winners

Curran, 19, has signed on at Olympic, who had already added striker Dino Fajkovic, goalkeeper Kane Runge, Scotsman Anthony Marenghi and utility Blake Green to their roster.

Fajkovic and Green return to the club, formerly known as Hamilton Olympic, after stints elsewhere.

Curran, a member of the Jets’ National Youth League squad, and Marenghi will boost Olympic’s midfield.

“He’s a good ball-playing midfielder, he can play as a six, eight or 10,” McGuinness said of Curran.

“He’s a good kid with a good upbringing, so he’s got a solid foundation and he’ll be good for us.”

McGuinness said he was happy with his squad, which will again include Japanese livewire Shinichi Kawachi.