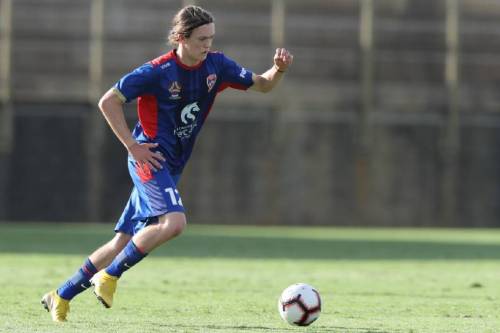 Curran, 19, has signed on at Olympic, who had already added striker Dino Fajkovic, goalkeeper Kane Runge, Scotsman Anthony Marenghi and utility Blake Green to their roster.

Fajkovic and Green return to the club, formerly known as Hamilton Olympic, after stints elsewhere.

Curran, a member of the Jets’ National Youth League squad, and Marenghi will boost Olympic’s midfield.

“He’s a good ball-playing midfielder, he can play as a six, eight or 10,” McGuinness said of Curran.

“He’s a good kid with a good upbringing, so he’s got a solid foundation and he’ll be good for us.”

McGuinness said he was happy with his squad, which will again include Japanese livewire Shinichi Kawachi.