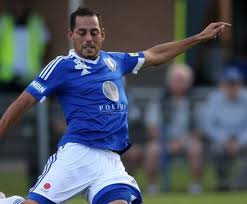 Day one of the Westfield FFA Cup Qualification Weekend was played at the Lake Macquarie Regional Football Facility which proved to be a tough contest for the four fixtures.

Belmont Swansea pushed off to a good start in the first half of their match however the Jaffas proved to be too strong and dominated the NEWFM First Division team 4-2.

Match two was a tight contest with NEWFM First Division rivals trying to knock each other out of the park, however it was Singleton who held form and scored themselves a 2-1 win over the Redbacks.

PlayStation 4 National Premier League table leaders, Hamilton Olympic proved to be too strong for Armidale team Norths United dominating them in a 4-0 performance.

Edgeworth evened the scores between themselves and Urunga after Urunga beat them in the State Cup Final in 2013, securing a 3-0 win.

Tomorrows matches will confirm Northern NSW Football’s (NNSW) representatives for this year’s Westfield FFA Cup of Round 32, who will join the mix to play off against Preliminary Round club-based winners from fellow states, as well as Hyundai A-League Clubs.

The official LIVE Fox Sports draw is to take place either on Thursday 30th June to determine whether either of these teams will play host to a Hyundai A-League or rival State League club.

Full Round 6 Results as follows: