U16s Newcastle Jets chalked up their 7th consecutive victory of the 2022 season with an emphatic 5-0 away win over a hapless St George City team.

In cool but fine weather conditions the Newcastle team began the match with very little space to play as St George set up 4-5-1 formation. Newcastle’s defensive third was unchallenged but beyond that there were bodies everywhere. The Jets attempted to probe the St George goal with balls over the top and through the flanks but without much success. The effect of this tactic by the St George team was to create a slow tempo game with few goal mouth incidents. The deadlock was broken just before half time from a Jets corner and a scrapy goal mouth incident which resulted in the ball finding it’s way at the back of the St George net.

With a goal down the St George team abandoned their 4-5-1 formation in the 2nd half and the game came to life. There were more goal mouth incidents in the first five minutes than there had been for the entire first half. The Jets finding space to build increased the tempo of the game and in the 6th  minute of the 2nd half increased their lead to 2-0 with a nice solo run through the middle, a cross from the right and a well drilled shot into the net which the Sydney goal keeper couldn’t keep out.

The Jets continued to pile on the pressure and created one chance after another. During one such occasion the St George defence fouled an opponent inside the box and the converted penalty put the game beyond reach at 3-0.  Another goal was scored with a header after the St George defence were unable to clear a corner. The final 5-0 score line came after another poorly cleared corner and a half volley from outside the box which was assisted even further by another Jets player that ensured the Sydney goal-keeper had no chance!

This win for the U16s Newcastle Jets is their 7th consecutive victory in as many matches and needless to say, they are 1st on the points table, 6 points ahead of Hills United. 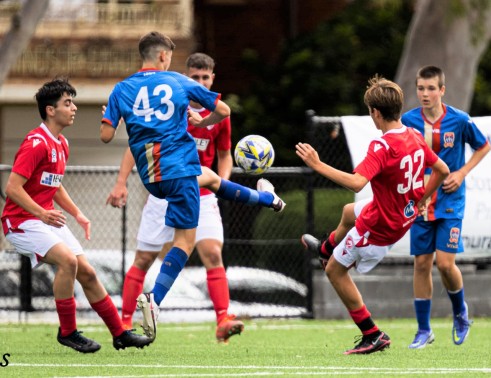 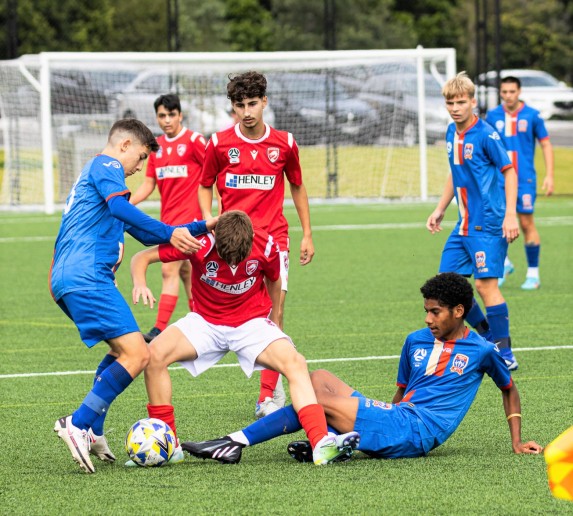