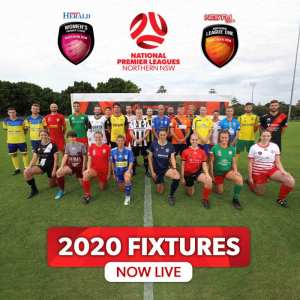 The NSW government announced last week that senior community sport could resume from 1 July, with NNSWF Premier Competitions to now start or resume on the weekend of 11-12 July.

The 2020 National Premier Leagues NNSW competition, which was days away from starting before the suspension of football, will begin with five fixtures on 12 July.

The Herald Women’s Premier League, which was halted after two incomplete rounds, will resume with four fixtures on 12 July including top of the table Adamstown Rosebud hosting second-placed Merewether United at Adamstown No.1 Oval.

“This is great news. These competitions are the showpieces for the game in our region,”Eland said.

“We understand how tough Premier Clubs are doing it during this period and we appreciate their patience, understanding and consultation as we worked towards getting back on the park.

“It is a real positive that our Premier Competitions now have a start date and we look forward to a great season ahead.”

The NSW Government has advised further easing of restrictions from 1 July to remove the limit of 500 people in attendance at an outdoor facility, replaced by one person per four square metres, which means limited crowds may be permitted at games.

“If this is the case, it will relieve some further financial pressure from Premier Clubs for season 2020 – we are currently investigating systems which may be able to aid clubs allow spectators,” Eland